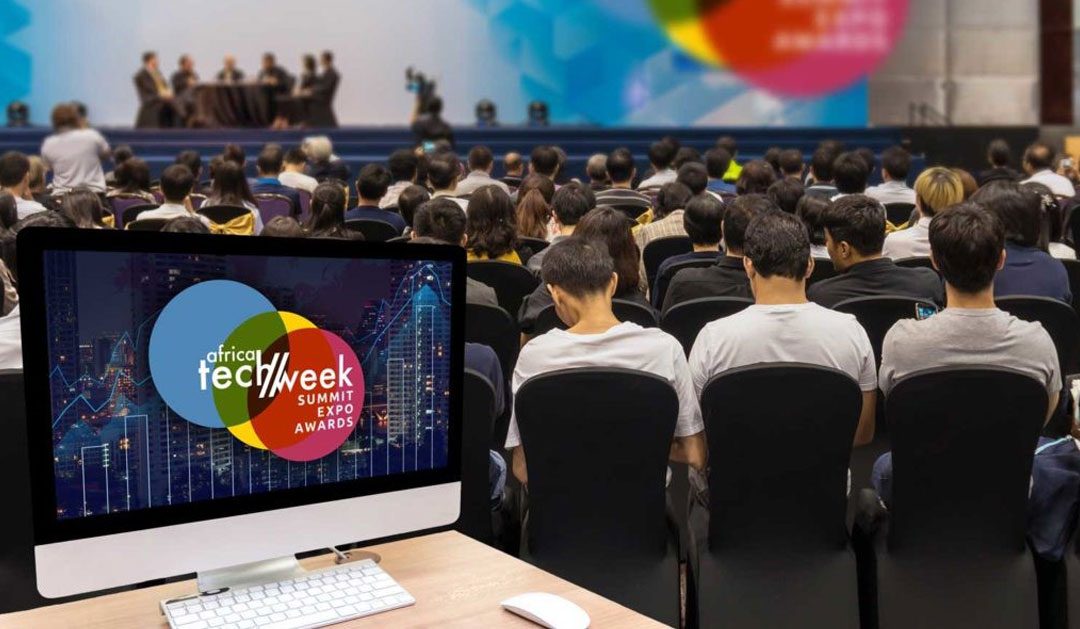 As the highly anticipated dates for Africa Tech Week summit, expo and awards are announced for March 2019, Africa Tech Week launches South Africa’s first Exponential Quotient (ExQ) ranking for the top 100 JSE listed companies. The ExQ hierarchy will score the ability of a company to grow exponentially by disrupting traditional business, and rank those companies most likely to be disrupted and fall victim to the transformation of the digital evolution.

Developed by Exo Works, ExQ is the leading framework that indicates an organization’s ability to adapt and scale with the agility required to thrive in a new era of accelerating, or exponential, technologies. Now a proud partner of Africa Tech Week, Exo Works has delivered solutions to some of the leading companies in the world such as P&G, Visa, HP, Amazon and Airbnb to disrupt their own companies to become exponential organisations – equipping them with a repeatable innovation process to move the needle on big-picture results such as share price, revenue and customer satisfaction.

To deliver the ExQ ranking of the top 100 JSE listed companies, ExO Works approached Africa Tech Week and parent company TopCo to join forces and take advantage of TopCo’s extensive experience and research into company performance in South Africa. As TopCo’s benchmark project, Top 500, ranks the best managed companies through the research of Africa’s top ten thousand organisations, Ralf Fletcher CEO of Topco comments on the partnership: “We are very excited to combine efforts with Exo Works and compare the evidence-based research of JSE listed companies and their ExQ tech status. We look forward to making this knowledge publicly available and reveal the truth behind the future success stories and potential failures of South Africa’s leading businesses.” With research starting in 2018, the ExQ scores will be announced at Africa Tech Week in March 2019.

Responding to South Africa’s uncertain economic climate, Africa Tech Week’s pioneering ExQ ranking of the JSE will help determine which companies have the future-proof potential to deal with the rapid advancement of technology needed for true 21st century success. Studies show that exponential organisations in the JSE will displace and ultimately replace traditional businesses by operating more effectively and efficiently – a barometer for South Africa’s socio-economic and industrial progress.

With the USA’s Fortune 100 and the UK’s FTSE 100 ExQ scores recently announced, predictions are made that 40% of today’s Fortune 500 companies will no longer exist in ten years – markets are witnessing dramatic changes with companies growing, and failing, faster than ever before.  ExO Works CEO Michael Leadbetter comments: “Digital disruption should not be seen as a negative phenomenon but as something to embrace. Business, industry and society are changing irrevocably, and companies can either struggle or adapt and thrive; our message at Africa Tech Week will be to embrace disruption, but in a considered, strategic manner.”

The Department of Science and Technology (DST) and the City of Cape Town have partnered with Africa Tech Week to host what will be the city’s largest technology summit, expo and awards. Initiated by Topco Media, South Africa’s leader in business research, recognition and networking, Africa Tech Week’s three-day event will draw international participation and provide a platform to promote digital transformation by connecting private and public sectors, civil society and fresh talent in the tech industry to shape the pathway to the future.

With access to talent and investment identified as the major roadblock for tech start-ups in South Africa, Africa Tech Week will attract experienced international developers, tech recruiting firms, and major investors from across South Africa and the continent.

The Department of Science & Technology (DST) Director-General Dr Phil Mjwara, comments: “The Department has many projects and case studies to share with the world and Africa Tech Week provides the perfect platform to do so. We are particularly keen to raise awareness of, and support for, our drive to open up career prospects in tech to more young South Africans. Africa Tech Week will also enable us to share learnings with similar government departments from other African countries.”

City of Cape Town’s Mayoral Committee Member for Corporate Services, Councillor Raelene Arendse: “The City of Cape Town is pleased to align with Africa Tech Week in growing the city’s reputation as a world-class global tech centre. Our quality of life and strong supportive industry, including award-winning animation studios, attract the right talent. Cape Town is proud to be the digi-tech hub of Africa and a leading location for technology start-ups and venture capital deals.”

Africa Tech Week’s Start-up & Development partner, Silicon Cape, will host plug-in events around Cape Town. Silicone Cape Chairperson Sumarie Roodt: “Africa has a host of thriving tech hubs, but they can’t achieve the necessary global traction in isolation. Africa Tech Week strives to bring them together with a unified pan-African purpose in Cape Town, seen by international investors as the gateway into Africa.”

Technology Innovation Agency (TIA) CEO Barlow Manilal added that he’s proud to partner with Africa Tech Week as one of TIA’s key deliverables is converting tech knowledge into economic value for South Africa. TIA is government’s bridge to tech entrepreneurs, offering them high-risk early stage funding in addition to a suite of non-financial services: “We are always looking to exploit tech innovation to improve the quality of life of all South Africans. Africa Tech Week is an opportunity for us to share our services and for us to leverage opportunities.”

Tanya van Lill, CEO of the Southern African Venture Capital and Private Equity Association (SAVCA): “SAVCA is proud to be a partner of Africa Tech Week where the focus is not only on preparing Africa for the 4th Industrial Revolution, but also exploring the insurmountable opportunities this wave of change offers. SAVCA and its members are excited to explore the role private equity and venture capital can play in this investment landscape.”

Join thought leaders and captains of industry as we navigate the ways technology is set to transform everything from agriculture and healthcare, to trade port congestion and unemployment.